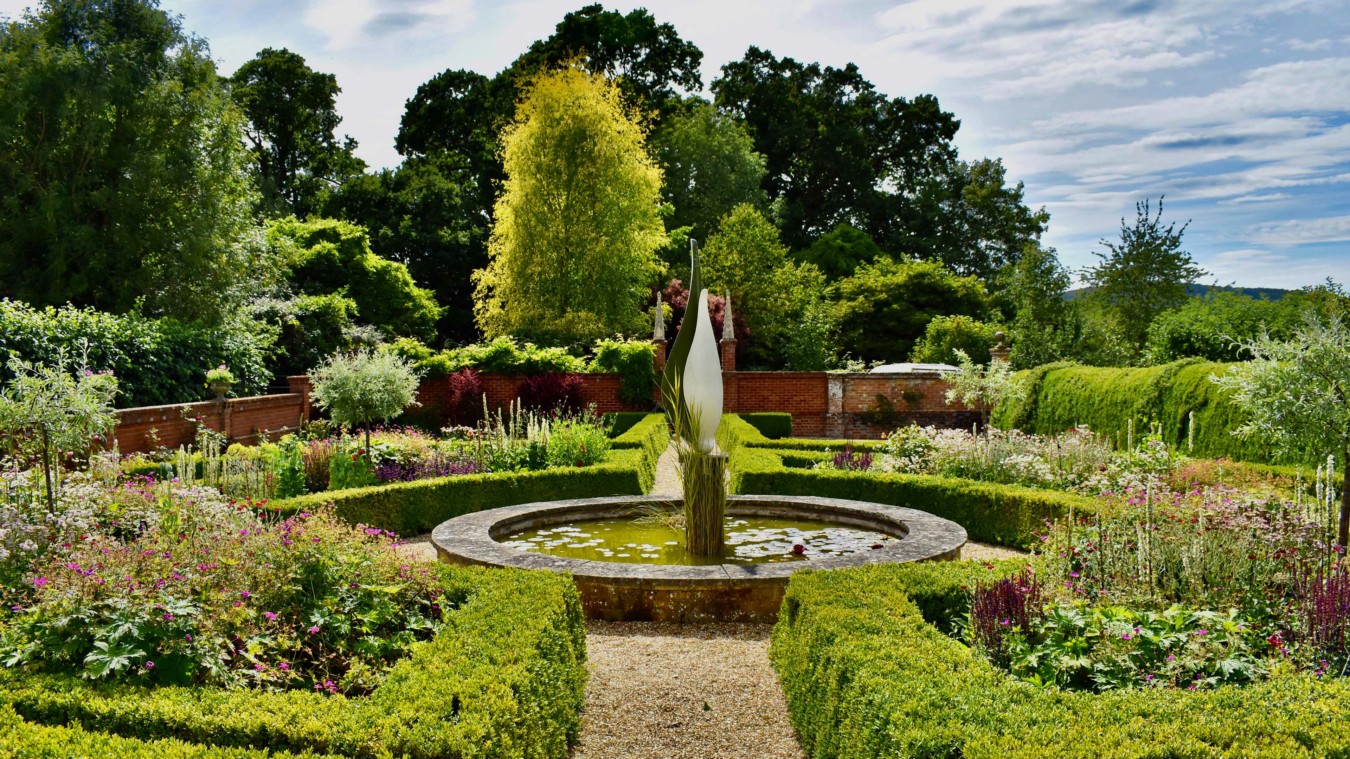 We are delighted to welcome your group on a tour of the gardens, this may also include the house if desired. Group sizes are generally 30-40 people. Groups that have visited us include the Friends of Historic Houses, the Country Land and Business Association, the Georgian Group, the Irish Georgian Society, the Hereford and Worcester Garden Group, the Friends of the Arundel Festival and many others. 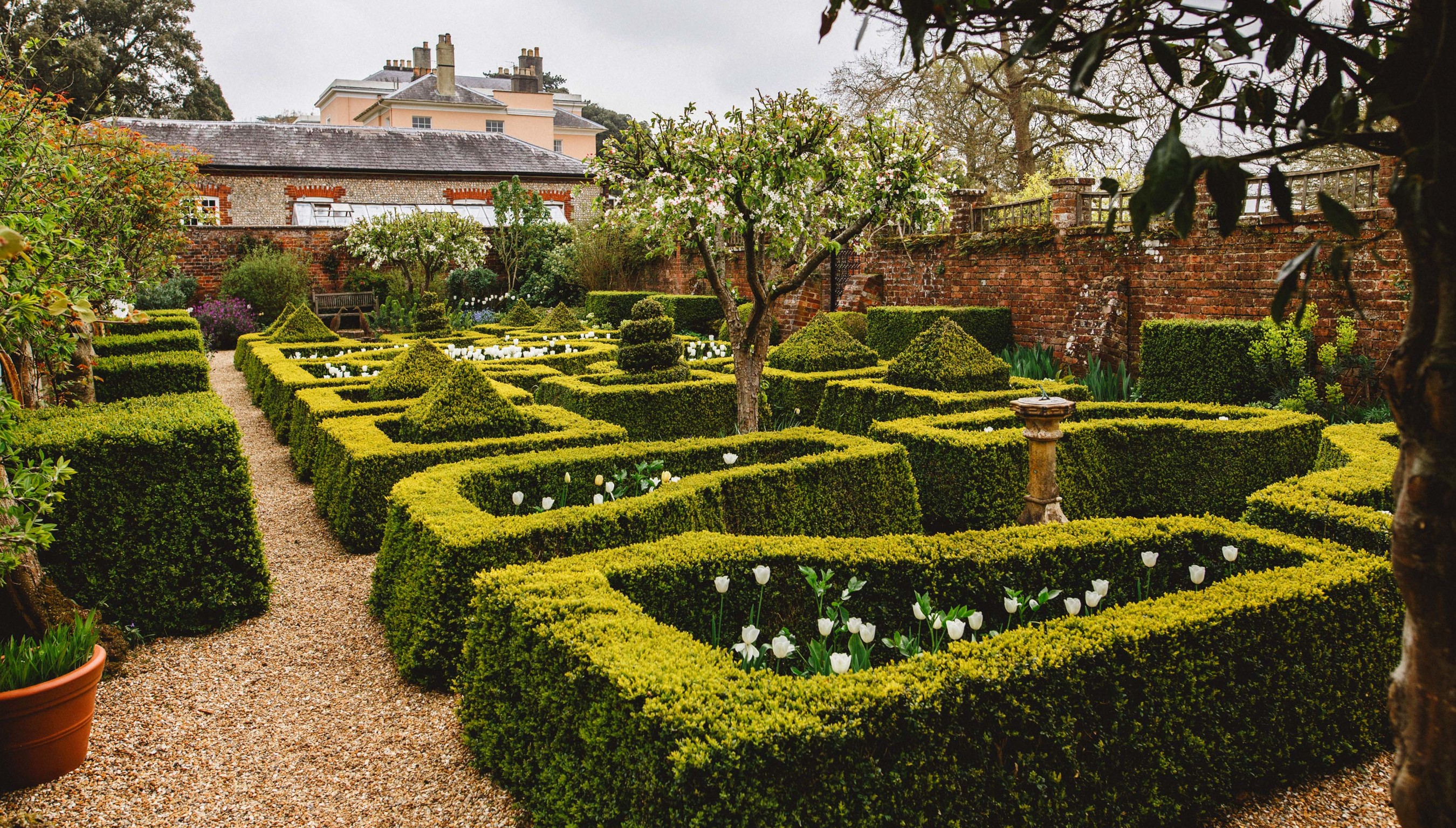 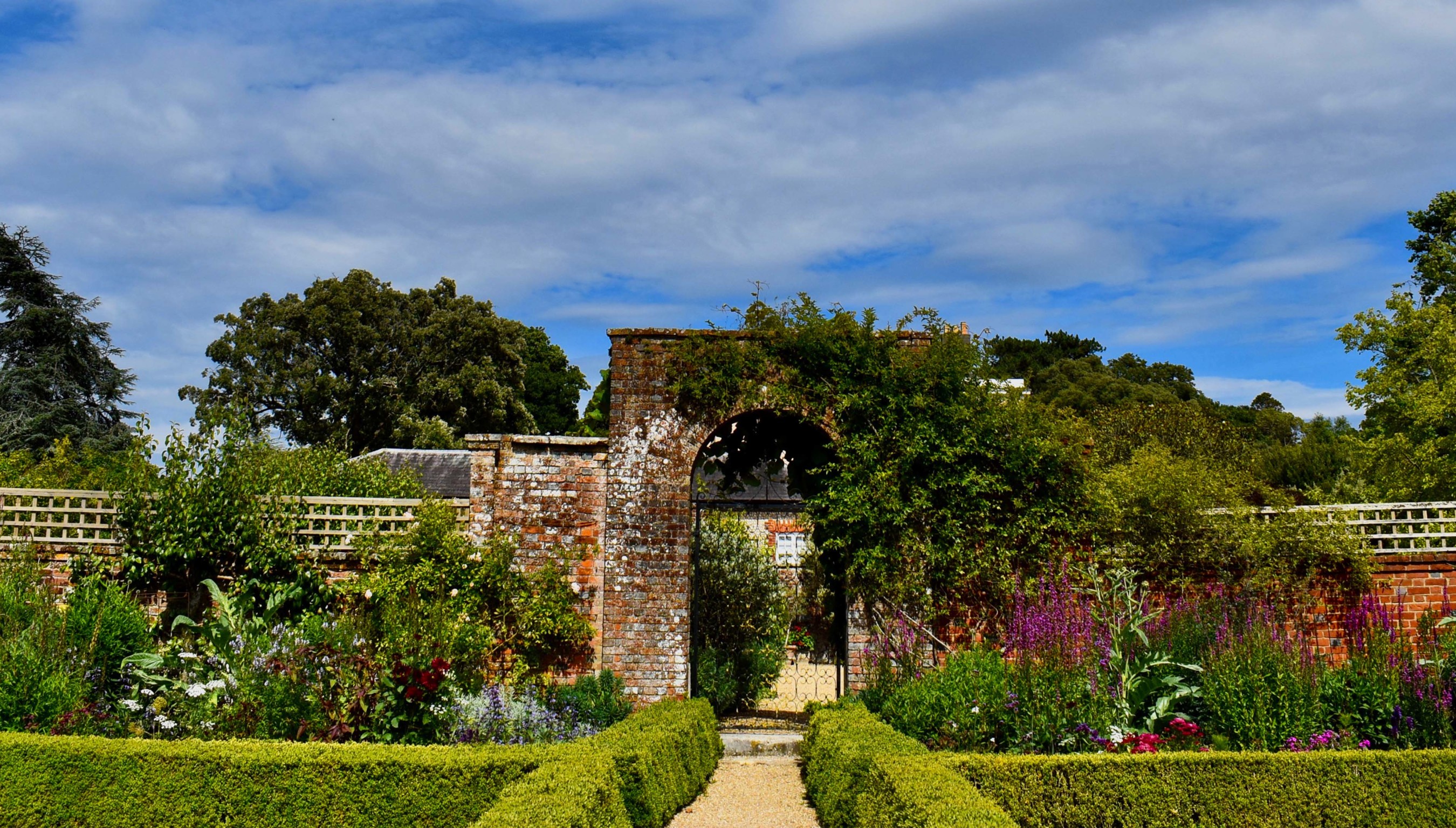 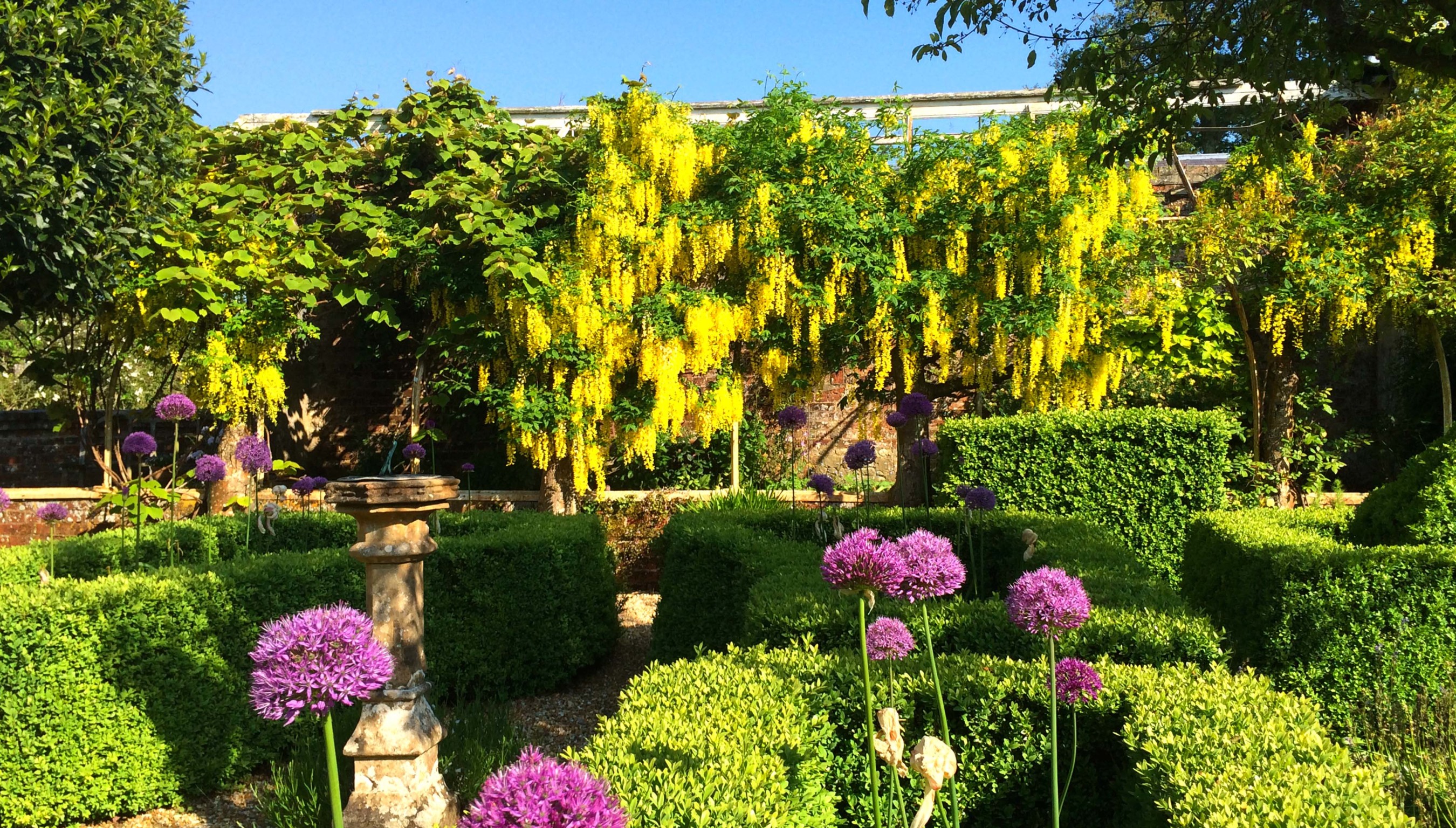 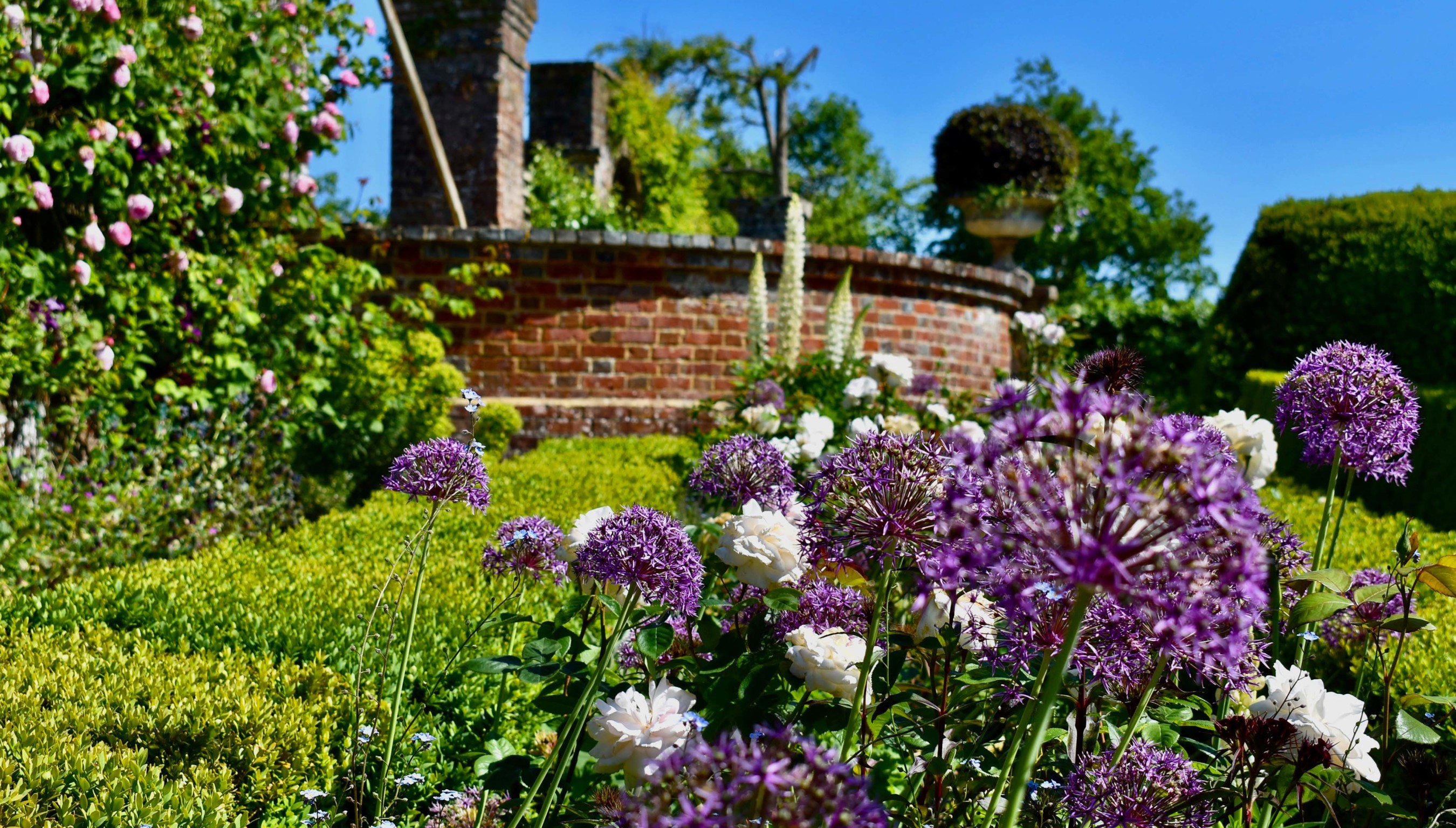 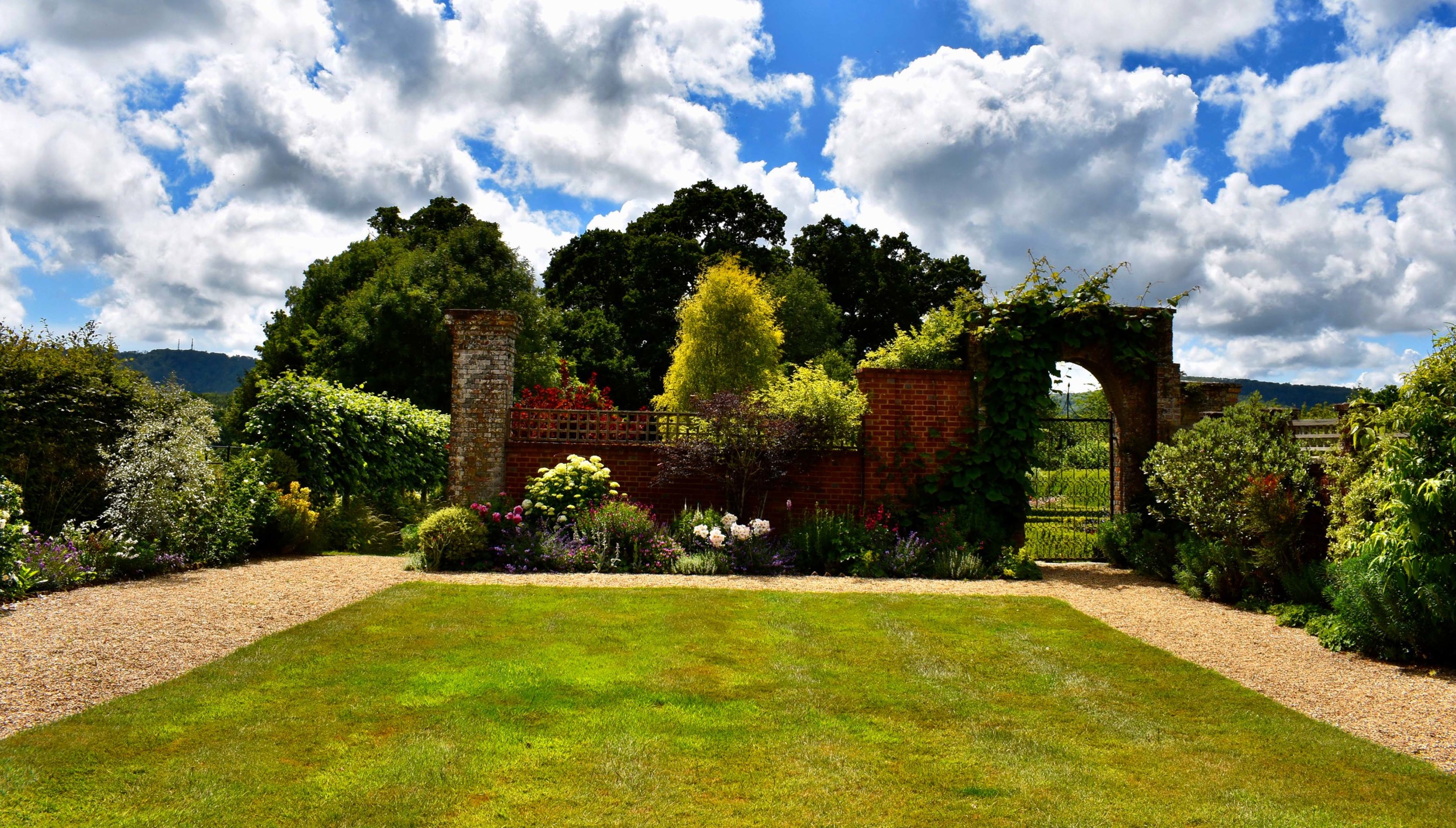 The gardens at Bignor Park are looked after by Louise Elliott, Kirsten Walker, Peter Sherratt, Andrea Lock, Sonia Hillhouse and Mark Walker. With over twenty five years of horticultural and garden design experience, Louise has also contributed to the creation of a Chelsea Silver Gilt award-winning courtyard garden with Fittleworth Horticultural society and a Chelsea Gold award-winning stand in the great pavilion with Fleur de Lys, conservatory plant specialists. An ambitious programme of new planting and redesign is underway, the herbaceous borders and garden walls have been restored and the heritage iron fencing has been renewed.

“Bignor Park is a symphony composed of hallowed harmonies, facing a green valley sequestered in the rolling Downs”

As you enter the garden through the double green doors, you will find on your immediate left a mature loquat tree (Eriobotrya japonica). Originally from China, it is unusual in that it flowers in autumn. On your right is the Orchard with apple and pear trees. After the orchard, the path leads you in to the Walled Garden. The borders consist of brightly coloured herbaceous perennials and behind the low wall is a line of pleached limes, pruned so that the South Downs are still visible in the distance.

To the left of the walled garden a curved wall with an urn on top will lead you to the Dutch Garden, so called because of the traditional Dutch desire to control nature. Tightly clipped box hedges enclose buddleia and lavender, and in spring multiple tulips and alliums. A formal pond is at the east end with goldfish. Overlooking the garden are the Victorian glass-houses, the open section covered in laburnum blossom in late May and early June.

A fine scrolled iron gate leads you into the Ceremony Garden, with a bank of Rosa rugosa along the south side. At the East end is the classical Loggia, licensed for civil wedding ceremonies.

Continue along the curved gravel path to the South Lawn with its patches of camomile and a magnificent plane tree on your right. In the spring the tree is surrounded by crocuses and daffodils. As you look across the valley, the Bignor Roman Villa nestles between the first elevation and the South Downs.

On the East side of the house is the two hundred year old rare Lucombe oak (Quercus X hispanica ‘Lucombeana’). The story goes that a Mr Lucombe raised the oak in a nursery in Exeter in 1762 as a cross between Q. cerris and Q. suber. He was so taken with the original tree that he felled it to provide wood for his own coffin, and kept the boards under his bed until he died. There is another Lucombe oak at Kew Gardens.

Take the path along the beech hedge next to the croquet lawn and you will see the Temple, built to commemorate the 80th birthday of Kitty Mersey, Baroness Nairne. Here and beyond are many great and smaller trees including cedar of Lebanon, shagbark hickory, sorbus, balsam and camellia. In late April, May and early June there is a magnificent display of blossoming rhododendron bushes. The far end is a sea of daffodils in the spring, commanding a fine panorama of the South Downs, Amberley Castle and Chanctonbury Ring.

Come back to the South side of the Temple and gaze for a while at the reflections in the Zen Pond, created by Joanna Mersey where a water garden used to be one hundred years ago. Now you may wish to take the Woodland Path. This winds its way on to a little summerhouse made from a large cedar that was blown down by a storm that tossed the old summerhouse over the trees, to land in pieces below the ha-ha. In front of the present summerhouse is an area of long grass with many wild flowers including, in June, several varieties of purple orchids.

“All the elements are here: the ancient oaks, the cedars, the time-worn walls, the long lawns, the pattern of box hedges, the apples and plums, the bright flowers and the mellow ones, the pergolas, the temple and the vine-house, the splashing water and the tranquil pond.” 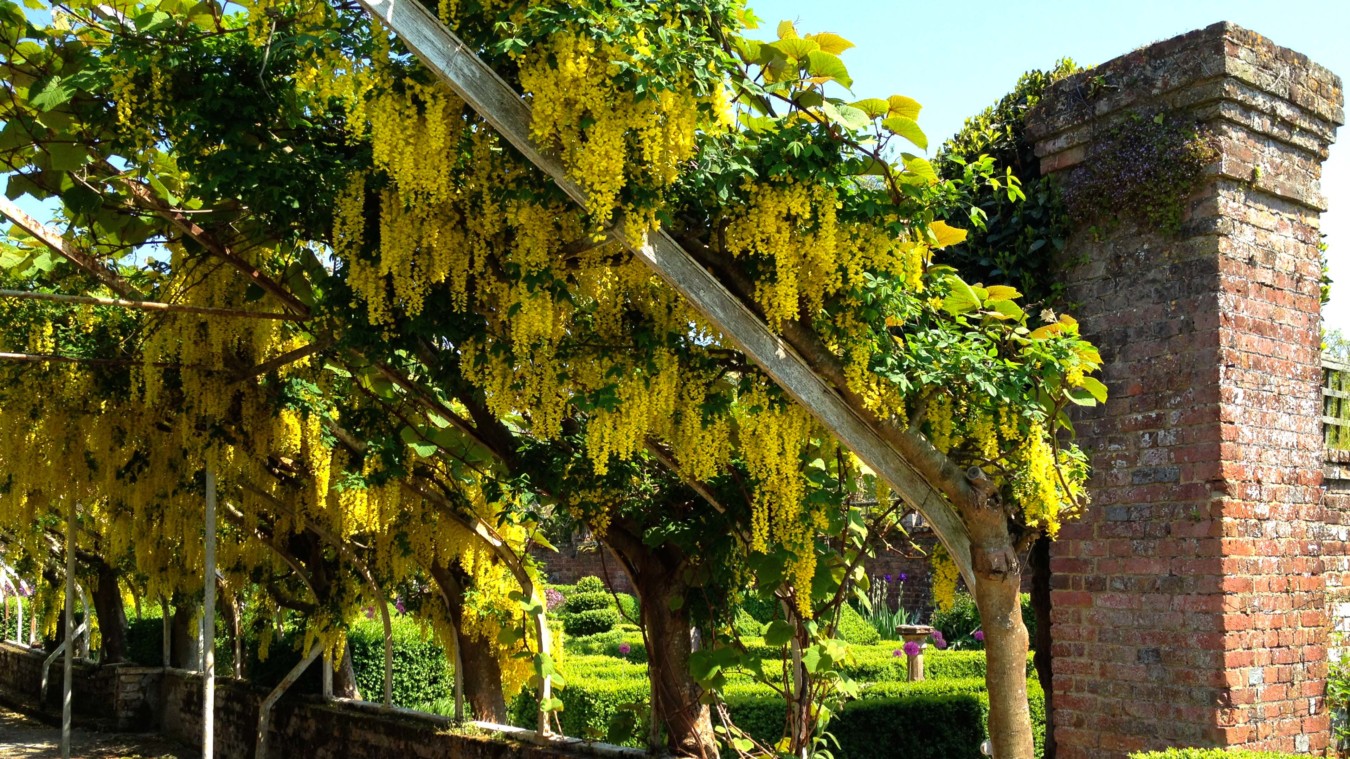 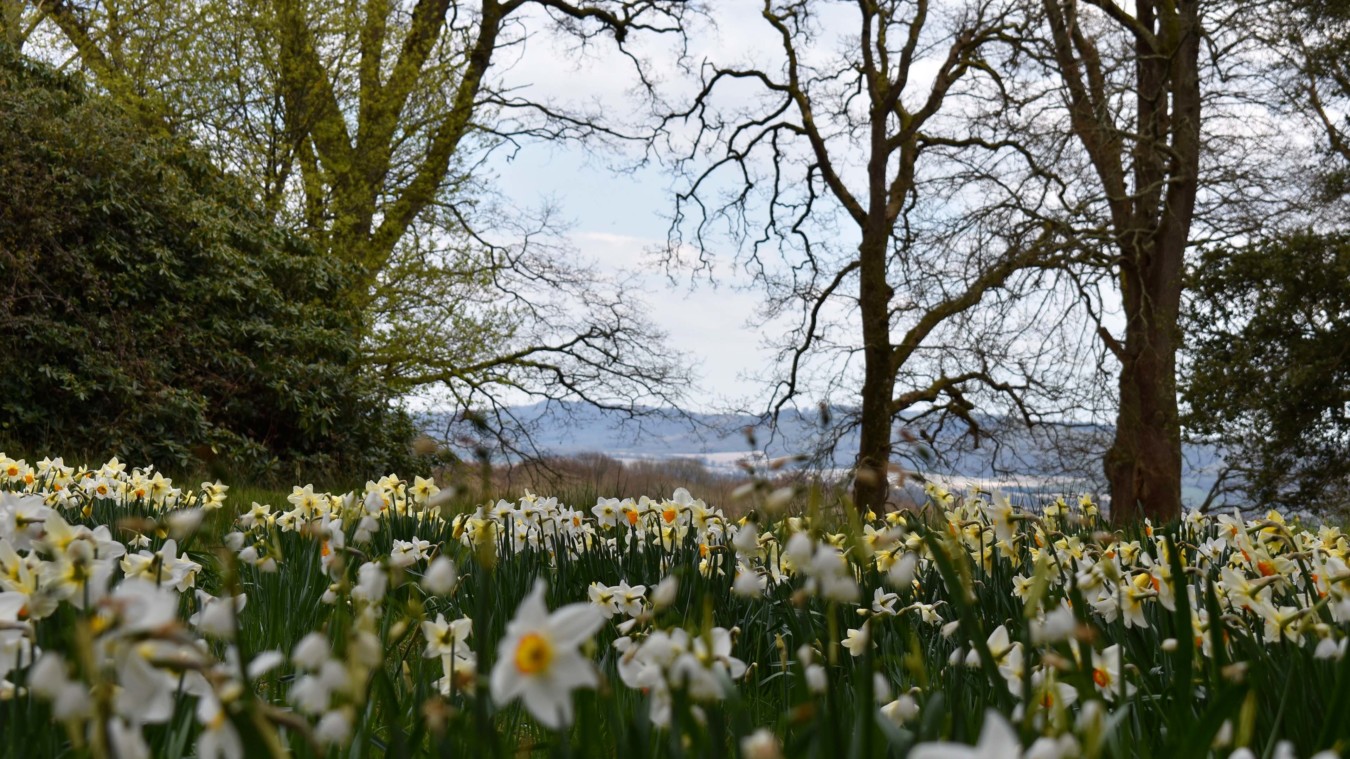 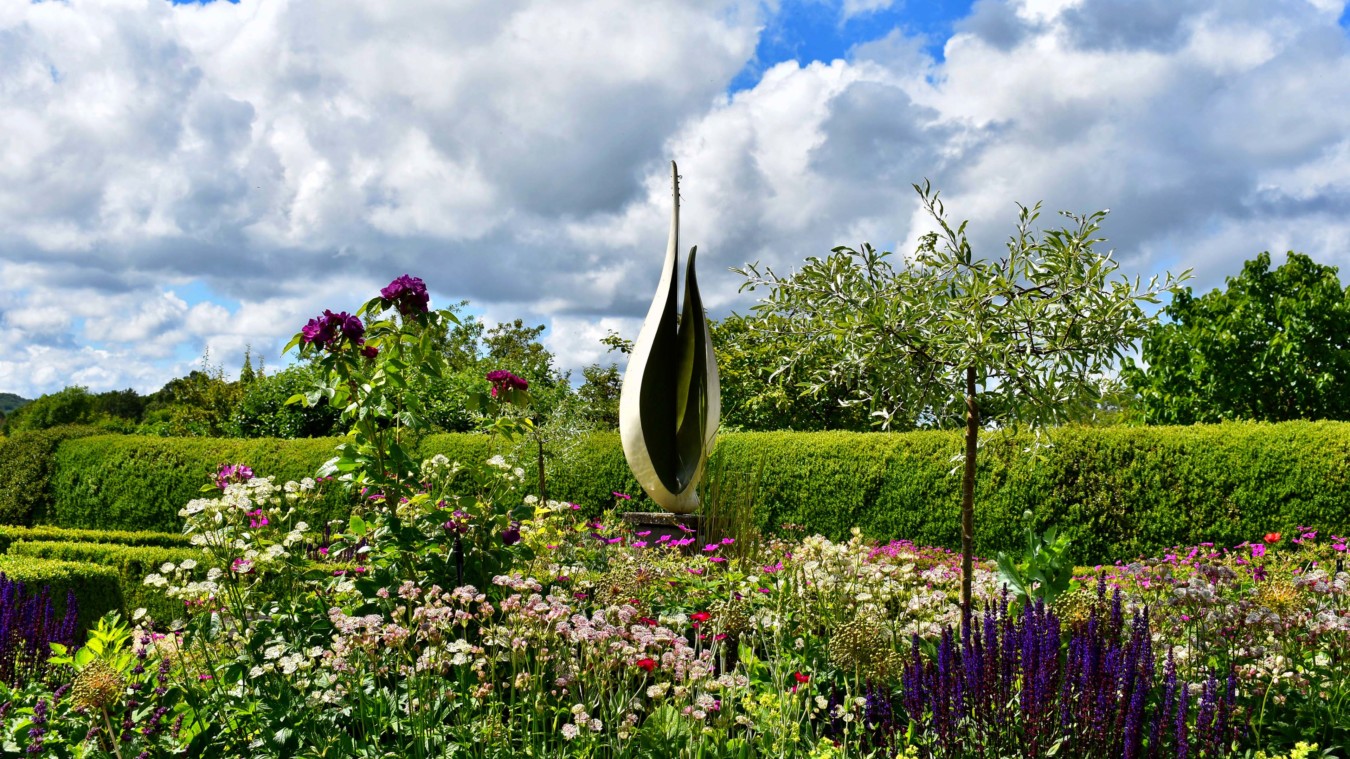 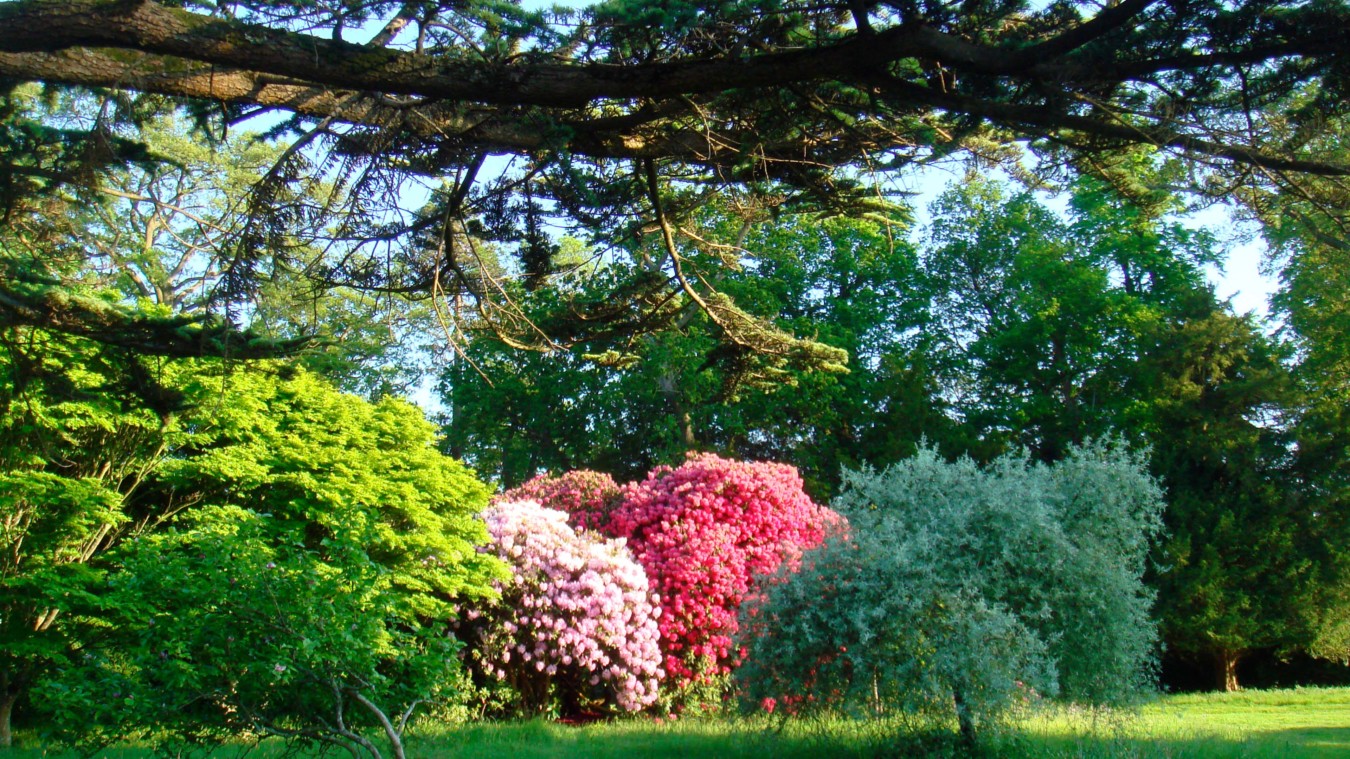 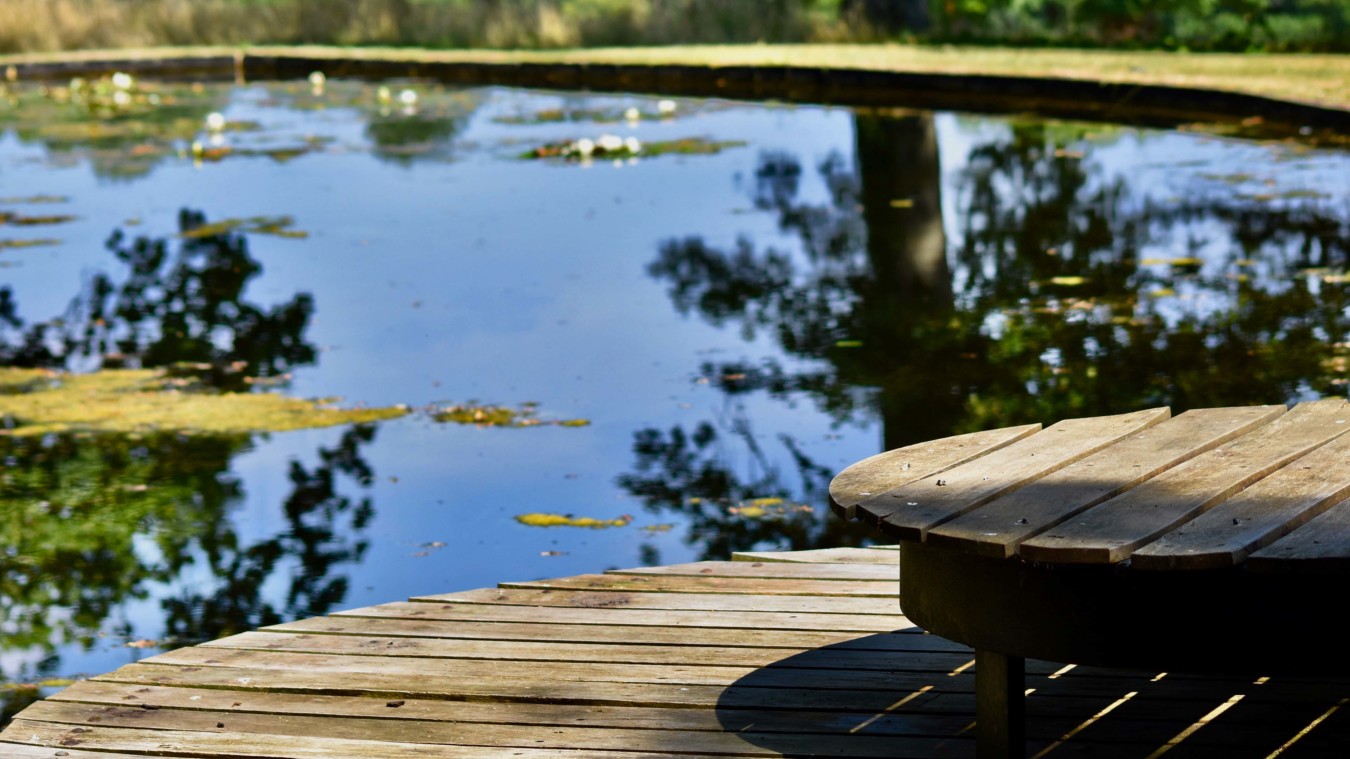 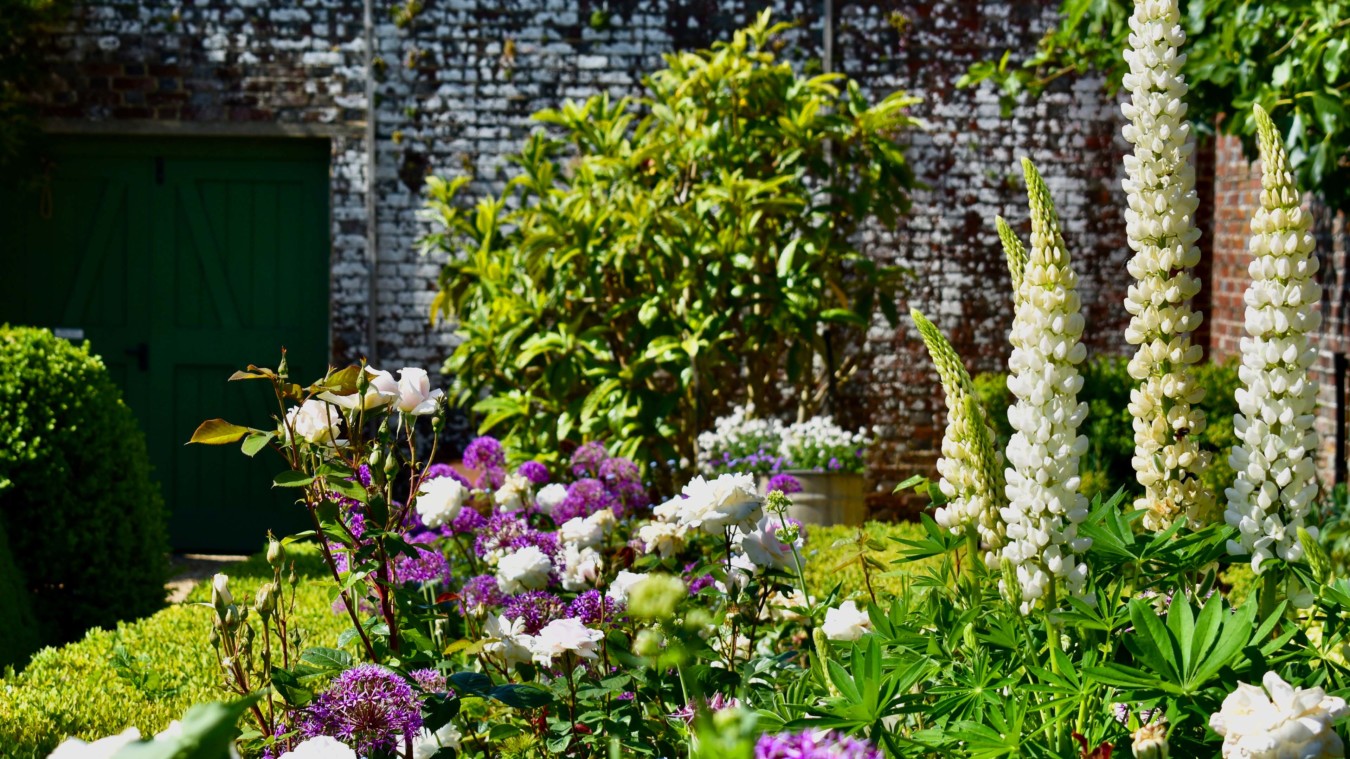 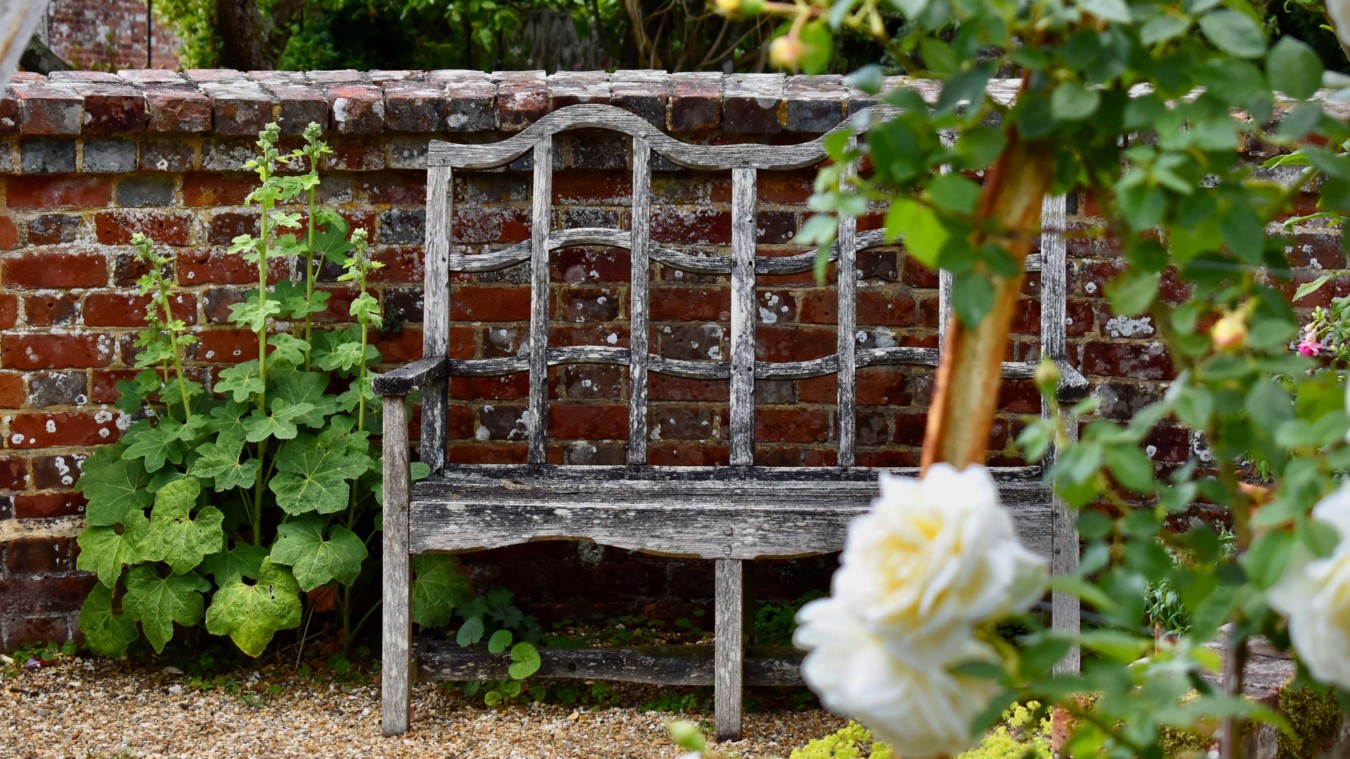 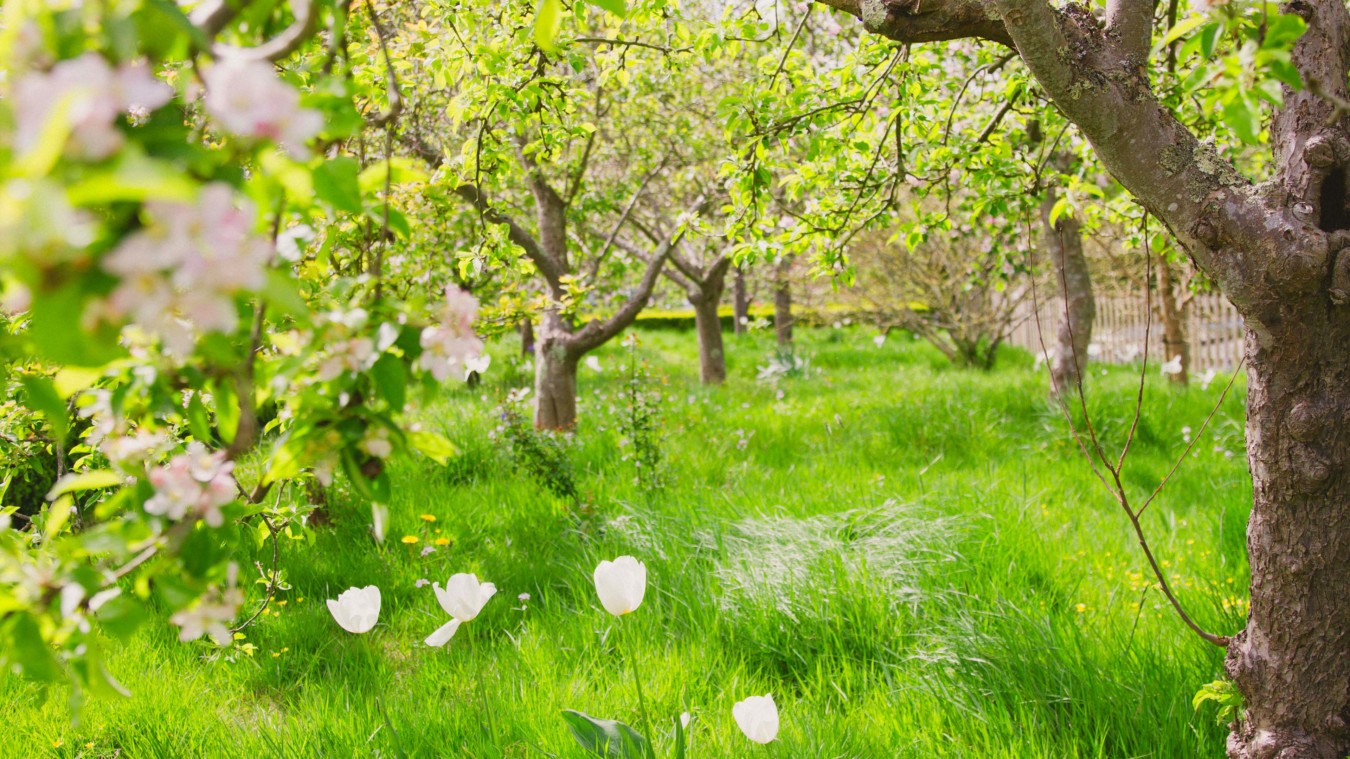 ENQUIRE ABOUT BOOKING A TOUR

ENQUIRE ABOUT BOOKING A TOUR

We use cookies on our website to give you the most relevant experience by remembering your preferences and repeat visits. By clicking “Accept All”, you consent to the use of ALL the cookies. However, you may visit "Cookie Settings" to provide a controlled consent.
Cookie SettingsAccept All
Manage consent

This website uses cookies to improve your experience while you navigate through the website. Out of these, the cookies that are categorized as necessary are stored on your browser as they are essential for the working of basic functionalities of the website. We also use third-party cookies that help us analyze and understand how you use this website. These cookies will be stored in your browser only with your consent. You also have the option to opt-out of these cookies. But opting out of some of these cookies may affect your browsing experience.
Necessary Always Enabled
Necessary cookies are absolutely essential for the website to function properly. These cookies ensure basic functionalities and security features of the website, anonymously.
Functional
Functional cookies help to perform certain functionalities like sharing the content of the website on social media platforms, collect feedbacks, and other third-party features.
Performance
Performance cookies are used to understand and analyze the key performance indexes of the website which helps in delivering a better user experience for the visitors.
Analytics
Analytical cookies are used to understand how visitors interact with the website. These cookies help provide information on metrics the number of visitors, bounce rate, traffic source, etc.
Advertisement
Advertisement cookies are used to provide visitors with relevant ads and marketing campaigns. These cookies track visitors across websites and collect information to provide customized ads.
Others
Other uncategorized cookies are those that are being analyzed and have not been classified into a category as yet.
SAVE & ACCEPT